The Veterans Memorial is dedicated to the veterans who served the United States during the five major conflicts of the 20th century: World War I, World War II, the Korean Conflict, Vietnam and the Persian Gulf War, as well as the five branches of service. The memorial is located in Burry Park in Downtown Hartsville.

The bas relief bronze monuments are clad in architectural cast stone placed in a pentagon shape. Each monument is a collage of events with detailed representation of military uniforms, weapons, and symbolism of each conflict.

On the ground surrounding the memorial black, granite bars separated by bronze medallions feature the branches of the armed services.

The inside of the pentagon-shaped memorial displays black granite plaques honoring 420 veterans who have connections to Darlington County. These plaques show the veteran’s names, branch of service, and dates of service.

Hartsville native Charlie Pate sculpted the bas relief monuments. He is an honor graduate of Ringling School of Art in Sarasota, Florida. Charlie is the son of Catherine and Gerald Pate of Hartsville. Charlie’s son Charles assisted his father in creating and fitting this structure. 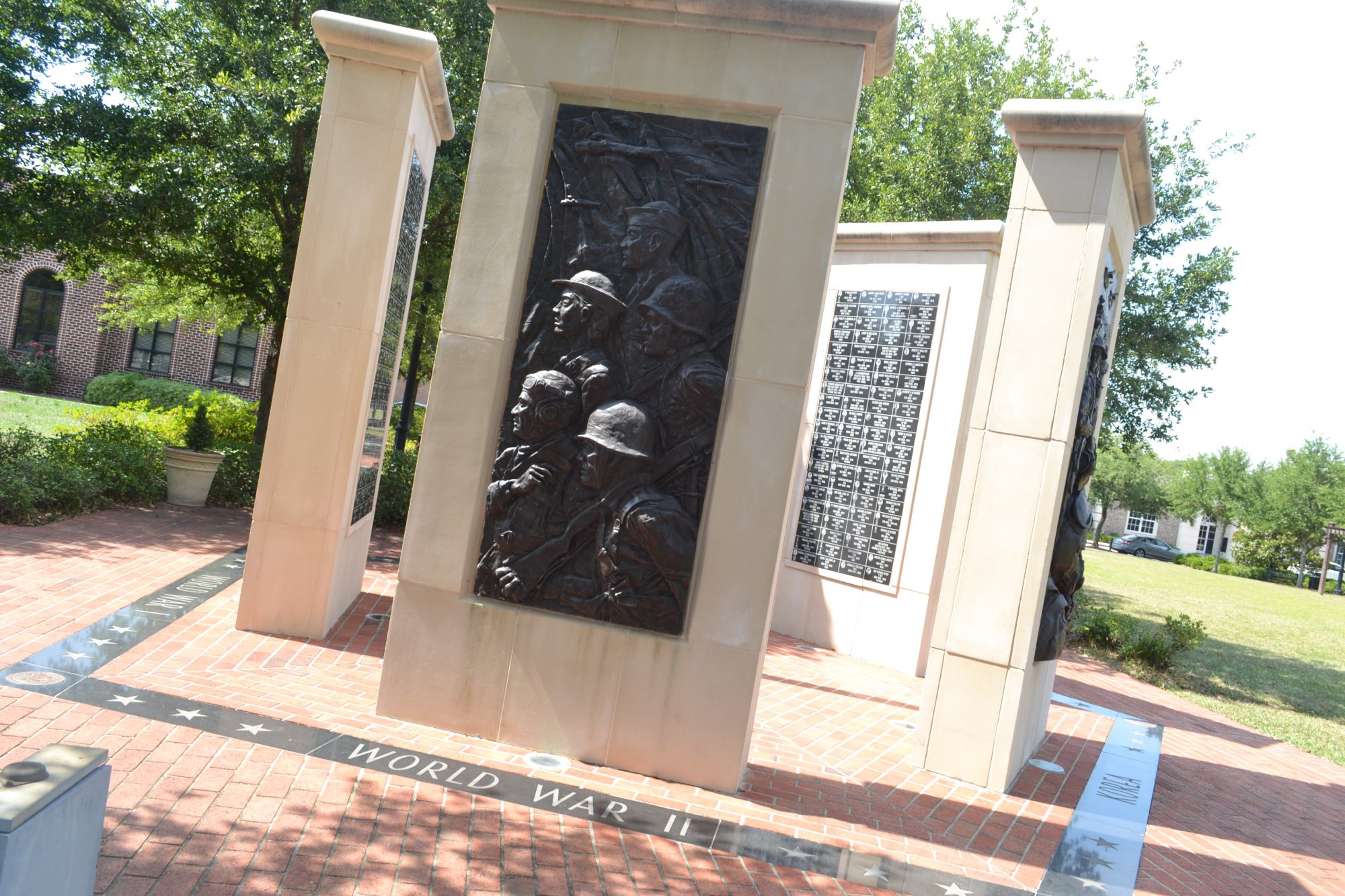 Detail of the World War II bas relief sculpture showing a number of soldiers in profile.

Detail of the World War I bas relief sculpture highlighting a solider in profile with a few others in the background.